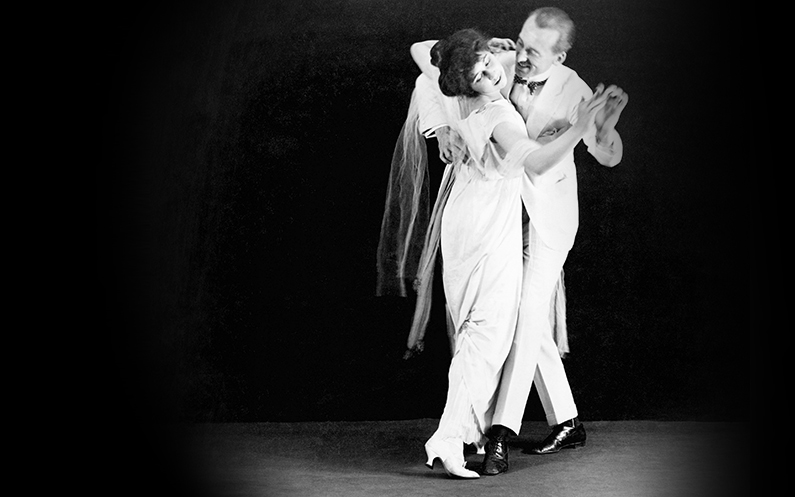 Over the years, history has been told mainly from men’s point of view and, as such, women have been erased from certain moments of time to an extent that it is as if we were never really there.

The history of Lindy hop could be told likewise but, fortunately, things are changing and women are stepping into the place where they belong: the front page. Many of them were unforgettable, but today we want to remember eight female dancers who are a fundamental part of the history of dancing. Without them, the Lindy hop wouldn’t be what it is nowadays.

Irene Castle
Famous across the world, thanks to her and her husband Vernon, we are acquainted with dances such as the One Step, the Glide, the Grizzly Bear and the Fox Trot. If you want to know more things about her story, check out the movie The Story of Vernon and Irene Castle, starring Ginger Rogers and Fred Astaire.
Here is one of the few clips of her we have access to: https://www.youtube.com/watch?v=Lms5OxZlGBw

Josephine Baker
She used to dance in a chorus line at the beginning of her career and she starred in many shows and movies. She spent most of her life in France because, even though she was one of the most popular dancers of the 20s, she suffered greatly from racism in her own country. She toured every continent, was truly committed politically and socially (during the war and afterwards) and her sense of humour was her trademark. These days we can watch her in multiple videos, but here you have her unique style dancing the Charleston: https://www.youtube.com/watch?v=XBPHceq_6jQ

Mattie Purnell
She and George “Shorty” Snowden are assumed to have created the Lindy hop in 1928, during a dancing marathon held at the Rockland Palace Ballroom. There is not much more information about her because her figure was always associated to her partner’s name and there aren’t more biographical details. Luckily, we have access to this clip from the movie After Seben in which we can see her dancing:
https://www.youtube.com/watch?v=0EvEJGnAkCs

Willamae Briggs Ricker
She was one of the most important dancers of Whitey’s Lindy Hoppers and she even led the team on various occasions. She used to dance mainly with Leon James, but was also Al Minns and Frankie Manning’s partner. She’s known for being featured in a photo essay in Life magazine. We can watch her in movies such as A Day at the Races, Hellzapoppin and Hot Chocolate.
In this clip from the documentary Spirit Moves, we can see her dancing with Frankie:
https://www.youtube.com/watch?v=YzzkModP-4I

Mama Lou Parks
She learnt lots of routines by observing Whitey’s Hoppers at the Savoy and it is said that she was also a member of them. She opened her own dance company in New York, where she taught all kinds of Afro-American dances: the Cake Walk, the Lindy hop, Tap… And she left an important legacy by transmitting the essence of jazz to new generations. One of her most famous routines was “Mama Stew”, which you can see in this wonderful video: https://www.youtube.com/watch?v=tn8n5eSh37I

Jean Veloz
Jean, an essential figure from the West Coast, began dancing and winning contests with her brother (both of them would be sponsored by the one and only Dean Collins). She appeared in many Hollywood films and nowadays we can still see her in multiple festivals passing on her spirit and the energy of the good old days. Her swivels are remarkably unforgettable:
https://www.youtube.com/watch?v=tdMS2R0J7-I

Ruth Sugar Sullivan
She was part of the third generation of Whitey’s Hoppers and she was known for her energetic way of dancing. She performed with the Harlem Blues & Jazz Band, Cab Calloway’s Hi-De-Ho Orchestra and the Panama Francis and his Savoy Sultans, among others. Afterwards, she combined dancing with her job in an advertising agency and, when she retired, she started teaching a new generation of dancers. Here you can watch her first prize winning performance at the 1955’s Harvest Moon Ball: https://www.youtube.com/watch?v=NNrreFVLMg8

Dawn Hampton
She started performing at three years old and some people call her “the Queen of Cabaret”. She was a singer, saxophonist, composer… and a dancer, of course. She performed on Broadway and in Hollywood and taught dancing almost until her last breath.
Finding videos of her younger self performing is not very easy but luckily, we can enjoy her teachings:
https://www.youtube.com/watch?v=mokuCJddzlM

Last but not least (and as a bonus!) we couldn’t forget the central figure of our Exchange: Norma Miller. Even though we have shared some highlights of her life and we will honour her with her own post, today we wanted to highlight not only her legacy as a dancer but also her role as an advocate for Afro-American women. We want to close this post with a video of Norma singing “Black Woman”, a song she wrote for her mother:
https://www.youtube.com/watch?v=TlqKoLuFMRw

Any cookies that may not be particularly necessary for the website to function and is used specifically to collect user personal data via analytics, ads, other embedded contents are termed as non-necessary cookies. It is mandatory to procure user consent prior to running these cookies on your website.