An interview with Karen Campos 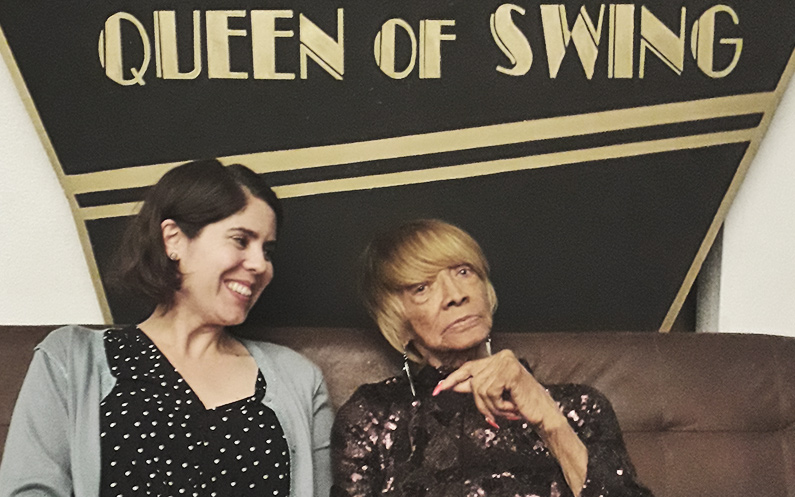 Since Norma Miller has been our inspiration for the 6th Madrid Lindy Exchange, MAD for Swing got together with Karen Campos, translator of Norma’s biography, to talk about her figure.

Tell us briefly about yourself: who are you? What do you do? When did you start dancing?

Hi there! My name is Karen and I’m half Irish. I work as a freelance translator and am an expert in gender equality issues. I started dancing in Dublin (Ireland) nine years ago and I moved to Santiago de Compostela, where I started to work more seriously for the Lindy scene, four years ago. I am also the president and founder of Compostela Swing.

Tell us about Norma Miller. Who is she? Why is she such an important figure?

Norma is the only surviving member of Whitey’s Lindy Hoppers and therefore she’s the only one who can tell us about the beginnings of Lindy hop. She started dancing at fifteen years old and her life story is the story of Lindy hop. During the 30s she experienced the beginning of Lindy hop and she was also a key figure in its revival during the 80s. Her figure is important because she kept on working unlike other dancers that retired. She founded her own dance company and worked her entire life. She gathered those Savoy dancers that were still in Harlem in the 80s and played a key role when Frankie started teaching Lindy in that same decade.
Besides, she was a pioneer because she reclaimed African Americans’ and Harlem’s history. Her biography is one of the very first books to talk about Lindy hop and she is an indispensable person to preserve that legacy.

Why did you decide to translate Norma’s memoirs into Spanish?

When I first started dancing I didn’t know much about the history of dancing. So when I read Frankie Manning’s biography I began to develop an interest in its roots, and when I laid my hands on Norma’s book, I thought it was a shame that people didn’t know a thing about this story and it seemed to me that transmitting the African-American roots of this dance style to today’s hoppers was important. Lindy hop is really popular nowadays and being acquainted with its origins is essential.

What was the distinguishing feature that made you think: “the Spanish readers of the swing community need to know about this”?

To begin with, I thought this book needed to be translated because there isn’t much material about the history of swing and Lindy hop in Spanish and it’s a phenomenon that’s trendier and trendier day by day. Besides, I believe that Spanish dancers are at a clear disadvantage when it comes to having access to the history of this dance, and I think it’s important that everyone should be acquainted with its roots, especially because it’s an African American dance that appeared when racial segregation was still happening. In my opinion, being aware of the context, to understand this dance and to celebrate it with respect without culturally confiscating it, is essential; that would be the first reason.
The second reason is that Norma’s life story is also a very important narrative because it’s the story of an independent woman, a fighter, that knew how to maintain her career in the show business creating her own dance company. Norma has many facets: dancer, choreographer, writer, comedian… and I thought her way of telling readers about it was very original. That’s why I think getting this book out there is worth it. 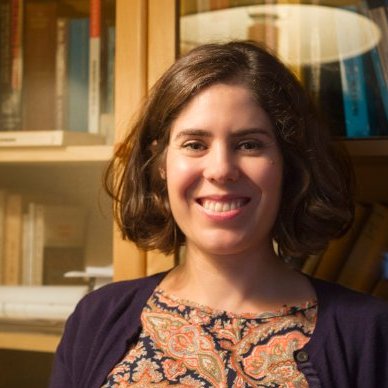 According to the information that we have today, what do you think about the position female swing dancers hold in the history of dancing?

That’s an interesting question. I would say that, in general, the names of male dancers have been more important and that is a reflection of the society of that time and also of our society nowadays. In the case of Lindy hop, for example, the most popular dancer is Frankie Manning and I agree that he deserves his popularity because he had an important role when this dance style was being created, he came up with some of the innovations that were being introduced and, afterwards, he was the ambassador of Lindy hop that jumped on a plane at 80 years old to teach this dance all over the world. In this case I think his position is fair, and actually Normal speaks lengthy about Frankie in her book (she calls him Mr. Lindy Hop!), but it’s true that there were many other female and male dancers that we should know about.

Do you think that the names of the male dancers are more common in our collective imagination? Is it important for you to vindicate the figure of these women as creators and promoters of this art form?

I think it’s important to know the history of female dancers and, in that sense, Norma’s biography offers us another perspective that draws from her experiences as a woman. It is also a story about women because she talks about what it was like to grow up with her mother, her aunts… It’s a survival story. She offers a different point of view because she experienced different things in the world of dancing. In my opinion, the time has come to vindicate these women. There are also some female researchers who are studying the role of the chorus girls that performed in Harlem’s shows, since apparently they had a lot of influence in the creation of steps for the Charleston and other dance styles.

Tell us something that you want to highlight about the book.

I would like to highlight the music ‒because even though this is a book about dancing, Norma talks a lot about musicians‒, and also the way she describes the Harlem of her childhood and adolescence. The Savoy, what it meant, all the wonderful bands that played there: Chick Webb, Count Basie… Benny Goodman, who participated in an epic big band battle! The way she transmits that atmosphere to the readers. Norma lived just behind the Savoy and, when she was little, she sat down in the fire stairs to listen to that music way before she could enter the place. By the age of 15 she started to live it. I think the book depicts very clearly the importance of music and that’s why people who aren’t interest in dancing but are interested in music might also like the book.

What was your reaction when we told you that for the first time ever the Madrid Lindy Exchange was going to have a theme and that theme was going to be Norma Miller?

I felt very happy because this year she is going to be 100 years old and I think it’s just the right moment. Besides she is still with us and it’s a fair and inspiring figure for her energy and the passion she still has for dancing, music and all related to the swing culture. I was very happy because of all that. And I should add that she would be delighted if she could come to Spain (I don’t know if it’s going to be possible but I just want to make the suggestion…).

Did you come to any of the past editions of the Exchange? What can you tell us about your experience?

I did, but I got unlucky because the first time I twisted my ankle before coming. But yes, then I came back another year and I went to a couple of parties at Círculo de Bellas Artes. The place was wonderful and had a really good time. This year I’d like to take part more actively in all activities.

And lastly, can you send out a message to encourage others to join in?

Of course! Madrid’s dance scene is very dynamic and open, so it’s a great opportunity to meet its dancers. I would encourage everyone to participate in the Exchange because it’s held in amazing places such as Círculo de Bellas Artes and I remember that the year I attended the Exchange there was some kind of boats event. So it gathers a lot of activities and for those who want to visit Madrid, it’s an incredible opportunity to dance non-stop. And, as it happens with all the Exchange festivals, the main thing is dancing and meeting new people (the social aspect of it is very important!).